The Preamble to the 1957 Treaty of Rome states that its signatory members desired “…to lay the foundations of an ever-closer union among the peoples of Europe” at a time barely a decade away from the horrors of the Second World War, and in the midst of a Cold War dividing the continent in half. This is now complemented by the Treaty on European Union, where special emphasis is laid on the desire “…to deepen the solidarity between their peoples while respecting their history, their culture and their traditions” and “…to enhance further the democratic and efficient functioning of the institutions so as to enable them better to carry out, within a single institutional framework, the tasks entrusted to them”. To live up to these lofty goals, we must make the EU more democratic, more accountable, more flexible, more legitimate and above all, closer and more responsive to the dreams and needs of all its citizens. An effective and responsible EU Parliament and true, pan-European political parties represent the keys to unblocking the currently gridlocked process of institutional renewal that has taken hold of the European Project for far too long.

A united Europe is a continent whose citizens have coalesced into a truly European public sphere with its own political space, European political parties, and a legitimate and effective level of European governance embodied in a responsible European Parliament. It is emphatically not the rise of a supranational European ’state’ on the same model as our traditional centralized, bureaucratic mechanistic institutional structures. What unites Europe is the creation of flexible, accessible institutional tools allowing all Europeans to be able to communicate, deliberate, discuss, and decide together issues of common concern.

Most importantly, the European public sphere gives its citizens the tools and means to implement their decisions in a legitimate and effective manner. Practically this means transforming and then coordinating the already existing institutions of the European Union’s existing national governments with levels of government both above and below them in order to make them function in a more coherent, cohesive, flexible, organic manner capable of resolving the more and more intractable and complex issues of the 21st century.

Traditionally British foreign policy has always been to be ‘with Europe but not of Europe’ and its enduring strategic objective has been to maintain a balance of power on the mainland such that no continental power may be able to achieve hegemony over the entire continent and thus endanger the maritime mastery and the home security of Britain. Such a strategy no longer reflects the realities of the 21st century. 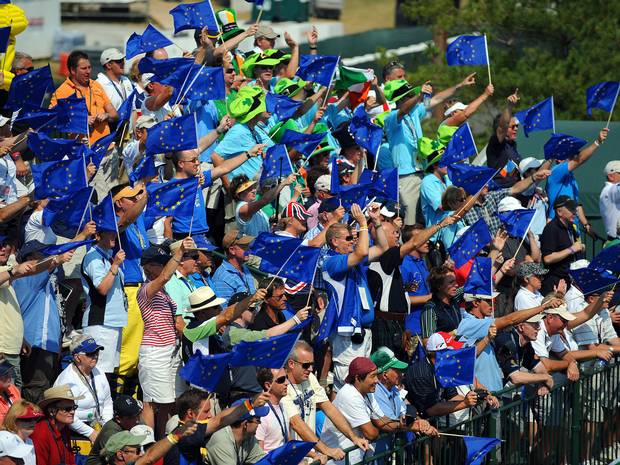 The Eurocentric world of the beginning of the 20th century no longer exists; instead we are now moving towards a global balance of power between continental-sized landmasses falling on either side of the democratic / authoritarian divide, within which the European Union as a whole can be at best one of its actors. Failure to develop a common European level of governance and effective European political institutions will late leave Europe adrift, underperforming and unable to make its voice heard at the international level. It will become again a purely ‘geographic’ concept and an arena of conflict similar to today’s Middle East rather than an effective and respected actor exercising a magnetic pull towards the less developed, less democratic, less progressive countries around it – and indeed, around the word.

The six practical tactics we must put in practice in order to accomplish this strategy ‘Giving Europe a global voice’ are as follows: