“Accountable government” is usually interpreted as referring to an elected group of officials’ duty to back its actions by acknowledging their authorship, assuming their consequences, and standing by them periodically, at election time. This mode of accountability may have been good enough in past centuries, in a different world order. It no longer is today, in the unprecedented interconnected global environment we now live in. Accountable government today must do away with the false dichotomy between governing élites and governed masses, between all-powerful rulers and compliant subjects, between voting citizens and non-voting denizens. Accountable government today must be re-focused from a sporadic notion of “spasmodic supervision” of our “elected Representatives” by means of an up or down vote every few years to the continuous actions of citizens defined by the idea of “accountable autonomy”. True to form, David Cameron after celebrating in 2015 the 800-year anniversary of the signature of Magna Carta at Runnymede wants us now to regress back to the Magna Carta system of weak feudal monarchs and powerful local barons and transmute it to the European level of governance. We, his “subjects”, will have little voice, influence and power in such a system. This is the England of the past. Is it not the United Kingdom of the future. 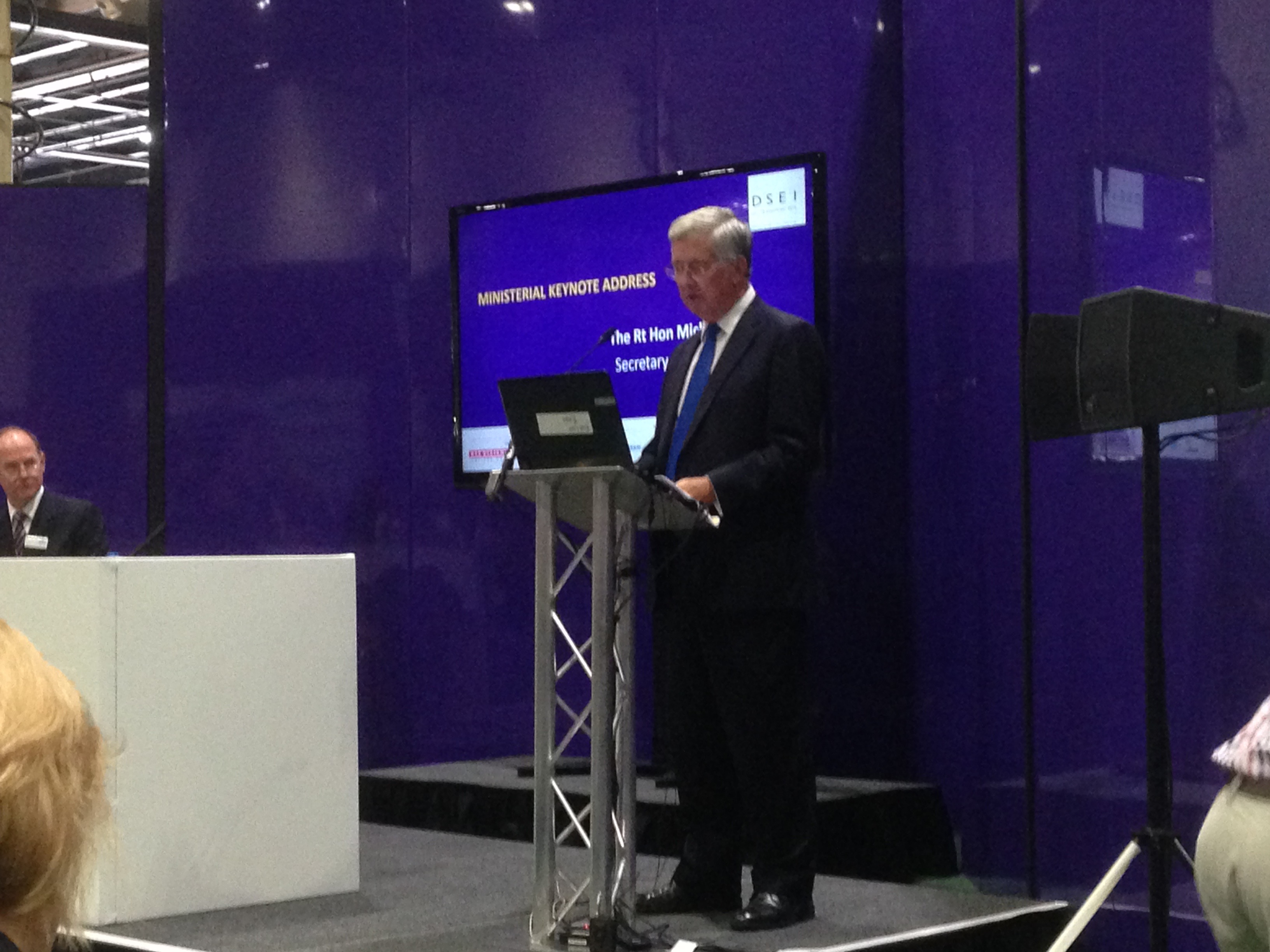 Achieving this ideal of “accountable autonomy” of a system of governance defined by constant interactions between fully empowered citizens – a government for the people, by the people, and of the people – is the ultimate goal of the process of reform we must engage now in if we are to successfully master the many daunting challenges we face at present. We must do away with the artificial, irrelevant and actually counter-productive distinctions between the domestic “good life” and international “anarchy”, between the genteel superiority of “our Island Race” and the fobbish brashness of “Europeans” seeking in ever-greater numbers work “over here”, and most of all between a perpetual cross-party “governing élite” drawn overwhelmingly from similar backgrounds and having benefitted from similar education and career opportunities and the vast number of “voters” who should simply disappear, Cheshire-cat like, outside of the quinquennial circus-like events when they are bombarded with barrages of negative advertising and threatened with economic Armageddon lest they put their “X”s in front of the “proper name” on the ballot box.

Gandhi’s philosophy of ‘satyagraha’, or ‘soul force’, represents the critical moral force that needs to animate us as we face the challenges of the twenty-first century, in the same way it animated those who followed his example and extended it to all five continents in the twentieth century – and in particular, Martin Luther King, Jr., Nelson Mandela, Vaclav Havel, and Aung San Suu Kyi. Satyagraha is based on Gandhi’s view that “…it is only through our affirmation of what is right that we give meaning to our lives. As autonomous persons, we pursue the right… even if this risks suffering; in this way, “we learn to rule ourselves”. Gandhi’s autonomous persons, wanting to govern themselves, resist any source of domination, whether in a corrupted tradition or in the modern world… The human beings that Gandhi surveys are choice-makers. They can choose to be autonomous, even in the face of overwhelming obstacles and at heavy personal costs. Or they can be ruled by external forces, governed by fear, fatalism, timidity, or conformity”. In Gandhi’s own words, “…if you want something really important to be done, you must not merely satisfy reason, you must move the heart also. The appeal of reason is more to the head, but the penetration of the heart comes from suffering. It opens up the inner understanding of man”.

We can only truly accomplish this daunting yet exhilarating task in full concert with our fellow European citizens, living from one end to the other of the continent we all call “home”. A Stronger United Kingdom can only be a european United Kingdom – just as A United Europe can only be a European Union that includes the UK – all of it, and not just one or another of its constituent nations. Truly accountable government for, by, and of empowered citizens who participate actively in creating and steering their own destinies at local, municipal, national, and European levels of governance, can only be achieved if we remain an integral, dynamic part of the European Union and take the lead in bringing about these vital and much-needed changes, first in the UK and then across the continent.

Both the “Leave” and Cameron-led “Stay” campaigns are radically opposed to such an interpretation of what it means to have an “accountable government”. They are wrong – because they live in a past where the political dominance of the London élites over the UK as a whole was something to aspire to and find justification in when “fighting for Britain” in Brussels.

Yes, the European Project does need drastic reform: it must become more open, more democratic, and more responsive to its citizens’ needs. In other words, it must become the exact opposite of what David Cameron wants it to be - a meeting club for the current leaders of its existing Member States, where they can make decisions by trading and haggling behind closed doors, with no accountability to or participation by the citizens they claim to represent.

As the great Bob Dylan told us more than five decades ago, “The Times They Are A Changin’”. It’s about time the enablers of the “Leave” camp and the Team Cameron “Stay” clique start learning this essential truth – and since recent history has shown that persuasion as an educational tool for this purpose is futile, we have no choice but to unleash against them the full force of the only pedagogical instrument they respect: that of the ballot box and of resulting “facts on the ground”.

Stronger United thus proposes a different path to European reform from both the xenophobic “Leave” camp and the Cameron-led “Stay” team: an accountable government animated by actively participating citizens leading to an empowered, dynamic, prosperous, peaceful continent belonging to all its inhabitants, and not just to its entrenched national élites. It argues in favor of a multi-level system of governance where each decision-making level is legitimated democratically – not only by free and fair elections but also by constant citizen input and participation; where each nation can preserve and celebrate it history and culture; where all citizens feel they share a common destiny and are animated by a common solidarity and vision for the future; and where prosperity and equality of opportunity are birth rights for all, rather than just privileges for some.

Will Hutton’s The State We’re In first popularized this concept in the UK under the related notion of “stakeholder democracy”. John Plender then defined its core meaning in A Stake in the Future: The Stakeholding Solution as the insight that “..the electoral franchise alone is not enough: a real sense of participation in the nation’s future is impossible without the support of a more tangible stake...”. For him “…the stakeholder concept operates at several levels…”: at the level of the firm, it results in the creation of social capital; at the level of the nation, it develops a stakeholder economy; and “at a political level, stakeholding offers a language in which the criterion of inclusion represents a central yardstick”. In The Principle of Duty, David Selbourne made the important argument that in a well-functioning civic order, all citizens must assume “…co-responsibility for the well-being of others and of the civic order in general…”. He goes on to state that “To participate actively in the civic order is, therefore, not merely to pay taxes to officials of the civic order and its instrument the state, nor to register a quinquennial vote, but metaphorically to build its walls. Hence, the citizen is ethically obligated by the principle of duty not simply to find work in, but – as occasion allows and his capacity permits – to share the work of, the civic order to which he belongs. ”

Archon Fung in his Empowered Participation: Reinventing Urban Democracy then went from democratic theory to citizenship practice by building on specific actual examples to show how democracy can be an effective and legitimate strategy of reform. He proposed a system of accountable autonomy as an institutional design for empowered participation: “Accountable autonomy, then, offers a model of how reformed public agencies such as schools and police departments might interact with citizens that stands in contrast to visions of local democracy and community control on both conceptual and institutional dimensions. This model emphasizes the positive and constructive face of autonomy – the capacity, indeed responsibility, of groups to achieve public ends that they set for themselves – as much as the emancipatory aspect of shedding centrally imposed constraints and demands”. And so we re-turn to Gandhi’s original notion of “autonomous persons” animated by their “soul force” – satyagraha.