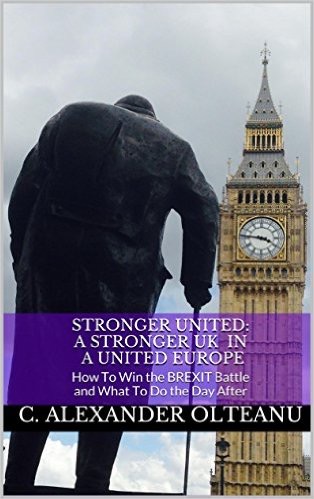 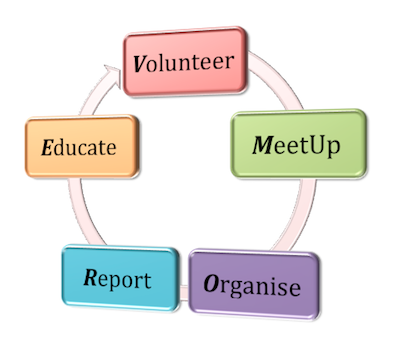 You can also purchase the "Stronger United" book from the following Amazon sites (other countries available; please check your national Amazon site):

Only a few weeks after the events of 9/11 brought death and destruction to the shores of North America in a manner no one had ever thought likely or even possible, the then-General Secretary of the United Nations, Kofi Anan, delivered a moving and resounding call to common action as he accepted the Nobel Peace Prize on behalf of the organisation he was leading:

We have entered the third millennium through a gate of fire. If today, after the horror of 11 September, we see better, and we see further – we will realize that humanity is indivisible. New threats make no distinction between races, nations or regions. A new insecurity has entered every mind, regardless of wealth or status. A deeper awareness of the bonds that bind us all – in pain as in prosperity – has gripped young and old…

No one today is unaware of this divide between the world’s rich and poor. No one today can claim ignorance of the cost that this divide imposes on the poor and dispossessed who are no less deserving of human dignity, fundamental freedoms, security, food and education than any of us. The cost, however, is not borne by them alone. Ultimately, it is borne by all of us – North and South, rich and poor, men and women of all races and religions. Today's real borders are not between nations, but between powerful and powerless, free and fettered, privileged and humiliated. Today, no walls can separate humanitarian or human rights crises in one part of the world from national security crises in another…

In the early beginnings of the 21st century – a century already violently disabused of any hopes that progress towards global peace and prosperity is inevitable -- this new reality can no longer be ignored. It must be confronted.

Before deciding how much you wish to participate to the "Stronger United" Campaign, and how you wish to be involved, you should read our book entitled “Stronger United: A Stronger UK in a United Europe – How to Win the BREXIT Referendum and What to do the Day After”. It will give you a good overview of the key issues affected, of the main parties involved, and of the solutions being proposed. You will also learn about our Campaign’s origins, vision for the UK, Europe, and our Trans-Atlantic Community, and of how all these elements fit together into a larger picture of coherent and comprehensive institutional reform. Finally, you will read about our strategy to implement these reforms in practice, once we ensure that the UK will continue to play a central role at the heart of Europe. To buy the e-book from Amazon please click on the cover above. Once you have read it and are convinced that you wish to participate in our Campaign, you can choose among a number of activities:

His words faded away in the following years – but their echo still resounds in the minds and hearts of those who believe that their common action can truly make a difference and change the course of history. They still have the capacity to move us to action - here, in the United Kingdom, where we remember still that in 1941, in the darkest hours of the Second World War, our Prime Minister, Winston Churchill, did not just keep on fighting against dictatorship and barbarism, but together with US President Franklin Delano Roosevelt, drafted the text of the Atlantic Charter – that clarion call to the Free World which laid the foundations of the two of the most important international organisations that have stood for peace, freedom, justice, and security over the past seven decades: the United Nations and NATO.

Today, the third institution envisioned by Winston Churchill as indispensable to a prosperous, peaceful, and participative continent – the European Union – is under threat, both internally and externally. We cannot effectively address the external threats posed by aggressive dictatorships and murderous terrorists unless we remain strong internally, committed to the same values Churchill stood for, three-quarters of a century ago.

This means, quite simply, that we need to preserve and promote “A Stronger United Kingdom in a United Europe”. We cannot give in either to those who wish us to leave the EU – as if we could somehow live in splendid isolation and face, alone and “sovereign”, the tsunamis bound to hit us sooner rather than later -, or to those who aim to use this up-coming referendum not to play their part in solving the many challenges ahead, but only to shore up their own positions, powers, and privileges in a Westminster Parliament more and more remote and disconnected from the real needs and problems of most British citizens.

By participating in our “Stronger United” campaign, you can play your part in confronting those who are unwilling to face the reality of Kofi Anan’s words of almost two decades ago and lead the way towards our ultimate goal: “A Stronger United Kingdom in a United Europe”.