There is no doubt we no live in the Information Age, when social media and Big Data as well as access to the virtual environment play critical roles in the lives of an increasing number of people around the planet. From the explosion of wireless communications in Africa to Mark Zuckerberg’s attempts to make internet access free in developing countries such as India, the Connectivity Era is supplanting the Sovereignty Era and rendering increasingly irrelevant previously sacrosanct notions of time, space, borders, and barriers. Electronic fire-walls are now much more important than brick ones – which is presumably why China has build the most impressive – but far from impenetrable - one in existence.

One of the greatest challenges we face in the upcoming decade is to decide how to channel the current Info-Media Revolution on paths where our rights are protected; how to ensure that our governments remain open and accountable; and how to guarantee for all universal and affordable access to these vital channels of information and communication. Who has access, to what, for what purpose, and at what cost to the Info-Media Electronic Continuum (IMEC) is thus becoming one of the fundamentally important issues of our century. 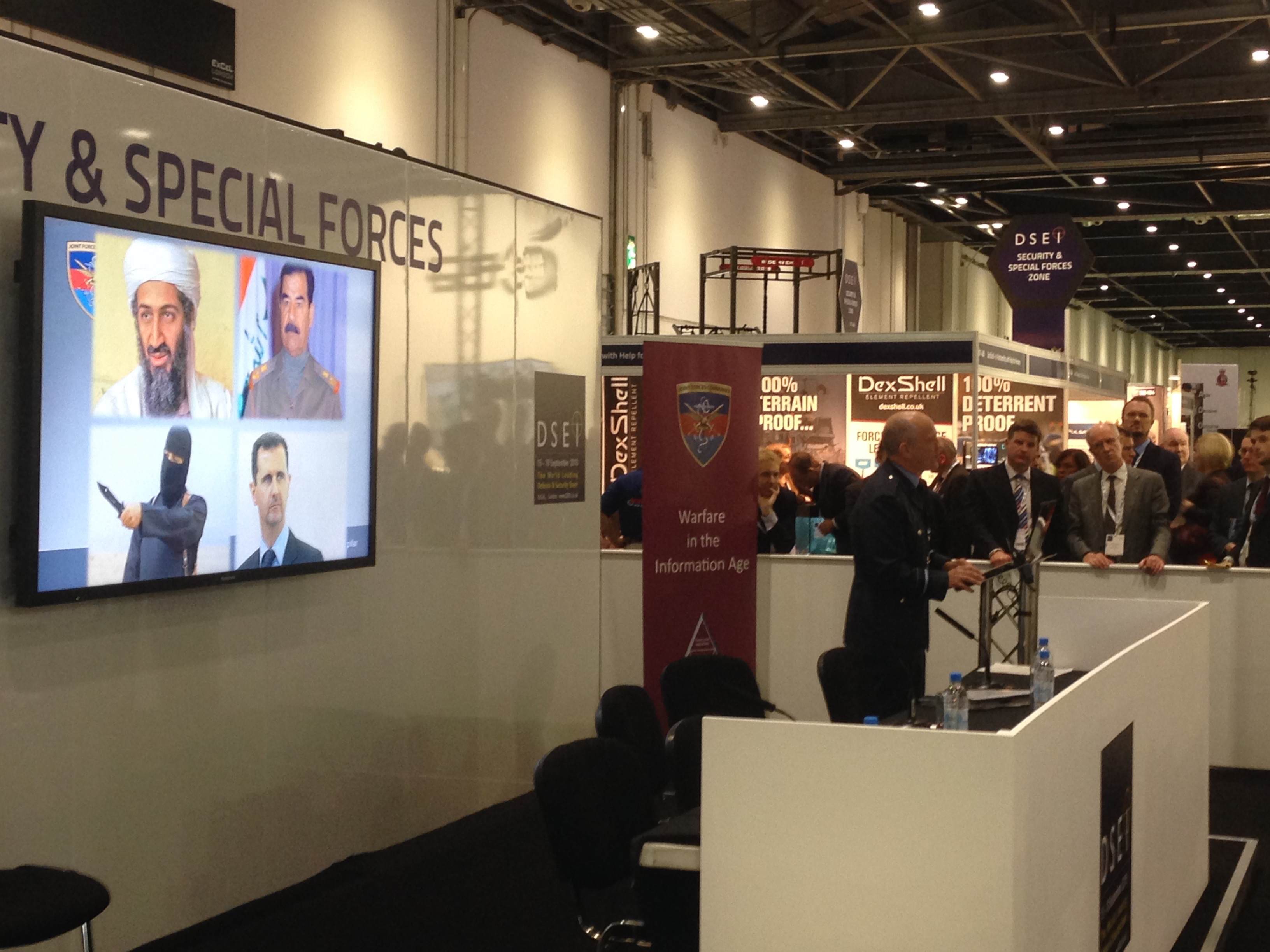 The way we answer these questions will have an increasingly important role not only on our notions of privacy, of freedom of access and information, of government accountability and citizen participation, but even on the extent to which we benefit from equal opportunities to high quality education, health care, career development services, and ability to form and maintain a wide variety of meaningful social relationships.

Reaching a fair balance between competing various interests arguing for more or less control or surveillance, access or restrictions to the global information and communications superhighway requires in turn a global agreement on a set of rights and responsibilities, rules and regulations, binding on public and private, governmental and nongovernmental organisations, as well as private individuals – flexible enough to accommodate regional and cultural differences, resilient enough to withstand systemic shocks caused by economic and military terrorists, and sophisticated enough to be used as a valuable assistance to human creativity and ingenuity rather than as a crass costs-cutting measure seeking to replace real doctors with virtual examinations, actual teachers with tablet screens, meaningful and timely service with perfunctory electronic answering messages. The manner in which we shall go about setting the parameters of these rules an regulations, as well as their substantive content will be just as important to the quality of our lives and to our abilities to enjoy our rights and freedoms as our access to a fair, balanced, speedy, and accessible justice system has been in the twentieth century for our parents and grand-parents.

The politicians who have until now arrogated for themselves the right to set up such rules see with a wary eye how their hitherto undisputed powers to control and regulate information, communication, education, and commercial channels has virtually evaporated over the past decade and are attempting, more or less successfully, to re-establish it lest they lose their privileged positions and privileges born out of their traditional monopoly over decisions regarding who gets what, when, where, how, and how much – the very heart of mastery and dominance of political, economic, ideological and military power networks.

After the shocks of Wikileaks disclosures and Snowdon revelations, after innumerable occurrences of commercial loss and theft of consumer data, after the increasing use of criminal and terrorist networks of social media for indoctrination, recruitment, and operational purposes most recently illustrated by the San Berdardino massacre in California, governments world-wide are clamping down more and more on the free access and use of private citizens and organisations of the Information Highway. The Chinese, Russian, and Iranian governments may lead these trends asserting that “cyber sovereignty” trumps free expression for individuals and increasingly demand a direct say in the manner the internet is governed at the global level, but they are certainly not alone in trying doing so. Governments of democratic countries, including Britain, the USA, and Eu member states have embarked on similar paths, even if somewhat less intrusively and aggressively than the autocratic states named above.

In the UK, the recent controversy regarding the adoption of the UK Communications Data Bill is proof of the intensely political nature of national legislations on this issue. Aptly dubbed the Snoopers’ Charter, this bill has been recently reintroduced in Parliament by Home Secretary Theresa May under the name of Investigatory Powers Bill to a chorus of protests from both civil society and corporate giants such as Apple Inc., who see it as a major potential threat to citizens’ rights and freedoms as well as to commercial corporations’ independence from state authorities and ability to provide safe, secure, and confidential services to their clients. But the very nature of these virtual networks and their global reach signifies that even if such a drastic bill were to be adopted, it would not substantially increase the ability of the British government to deal with potential threats that would in any way compensate for the drastic loss of freedom, privacy, and access of average citizens. This is, of course, part and parcel of the asymmetrical warfare strategy of criminal and terrorist networks, who seek through their activities to slowdown, gridlock and even block our systems of information and communication, increase the reach of states’ police and surveillance organisations over their own citizens, and thus undermine from within our free markets, free societies, government respect for the rule of law, and citizens’ trust in government action. As a submission by the Apple Inc. Company to this bill clearly stated,"We believe there is a need for much greater clarity as to how the powers in the bill will be applied…Not least because, once again, the [powers] could endanger the privacy and security of users in the UK and elsewhere." Private companies with obvious interests in opposing the Snoopers' Charter are not alone in raising grave doubts about the need for such extensive and intrusive mass surveillance techniques. Civil society groups and legal professionals have been raising similar arguments:

"The draft communications data bill creates a significant burden for CSPs [Computer Service Providers], who will be required to invest significantly in managing the balancing act between the bill and conflicting data protection and privacy law. But it ultimately comes down to a financial cost, a line on a balance sheet, to be passed on to the customer. The risk to the citizen is profound. Eavesdropping on a person’s communications, his or her everyday interactions, enables the state to build an intricate and intimate picture of that person’s life. There should be no dispute over the need to maintain national security, but is mass surveillance really the answer?"

Clearly, this is not an issue or a debate that the UK can settle on its own, much less the London political élites, let alone the current Tory government. Just as King Canute demonstrated with great effect so long ago the futility of his temporal powers against the incoming tide of natural forces and the supreme power of God, the Snoopers’ Charter, even if adopted, will only showcase the ultimate futility of inadequate national legislation tools against global threats lurking hidden deep in global networks of information and communication, and the triumph of the asymmetrical strategies of warfare employed with such effect by criminal and terrorist cells.

The only way to address these urgent and complex issues in an effective, efficient and legitimate manner is to establish common rules and principles at the European and Euro-Atlantic levels, in such a way as to achieve with full citizen participation and support the optimum balance between individual privacy and common security, commercial freedom and public information, governmental control and government accountability. Britain’s exit from the EU, its dismantling in the UK of the existing system of Human Rights, its refusal to continue abiding by and enforcing the principles of European Law our own lawyers, academics, politicians and private citizens have contributed so much to create and perfect would have the polar opposite effect to that desired by Ms. May and her Tory colleagues.

Such objectives as the strengthening and consolidating of European legal, security, surveillance and enforcement measures and the establishment of EU-wide institutions of policing all EU citizens and controlling all external EU borders, even if arguably necessary in the present circumstances, would definitely require at the same time much more effective and legitimate means of establishing transparency, accountability, and democratic control over their structure, staffing, and activities. Only a Stronger UK in a United Europe can adequately address this difficult and complex balancing challenge – certainly not Britain or even England by itself, in splendid isolation from its neighbours and partners across both the Channel and the Atlantic.