Our democracy is in crisis. This is not something new. Each time our social and political environment has changed over the past four centuries, our system of government entered periods of deep crisis. In the 1640s it resulted in a bloody civil war and the birth of Parliamentary democracy. Since the Glorious Revolution of 1688, each time such crisis manifested itself we managed to transition peacefully to a new level of democracy, more inclusive, more open, more participative, more democratic. The Union with Scotland transformed the United Kingdom into the first true european Union – four nations bound together by their own will, governing themselves through their own representatives in a central Parliament, in Westminster. We must never forget that this “ever closer union of nations” – English, Scottish, Welsh, and Irish – with all its warts and imperfections was one of the fundamental models of the European Economic Community, and then of the EU. It portrayed an effective example of culturally and linguistically diverse nations successfully developing together a system of government for their entire region. This Union served us, British citizens, so well it lasted –so far - three centuries. Each time we faced a crisis of governance during this period, we improved the way we governed ourselves, and moved forwards. We must do so again. 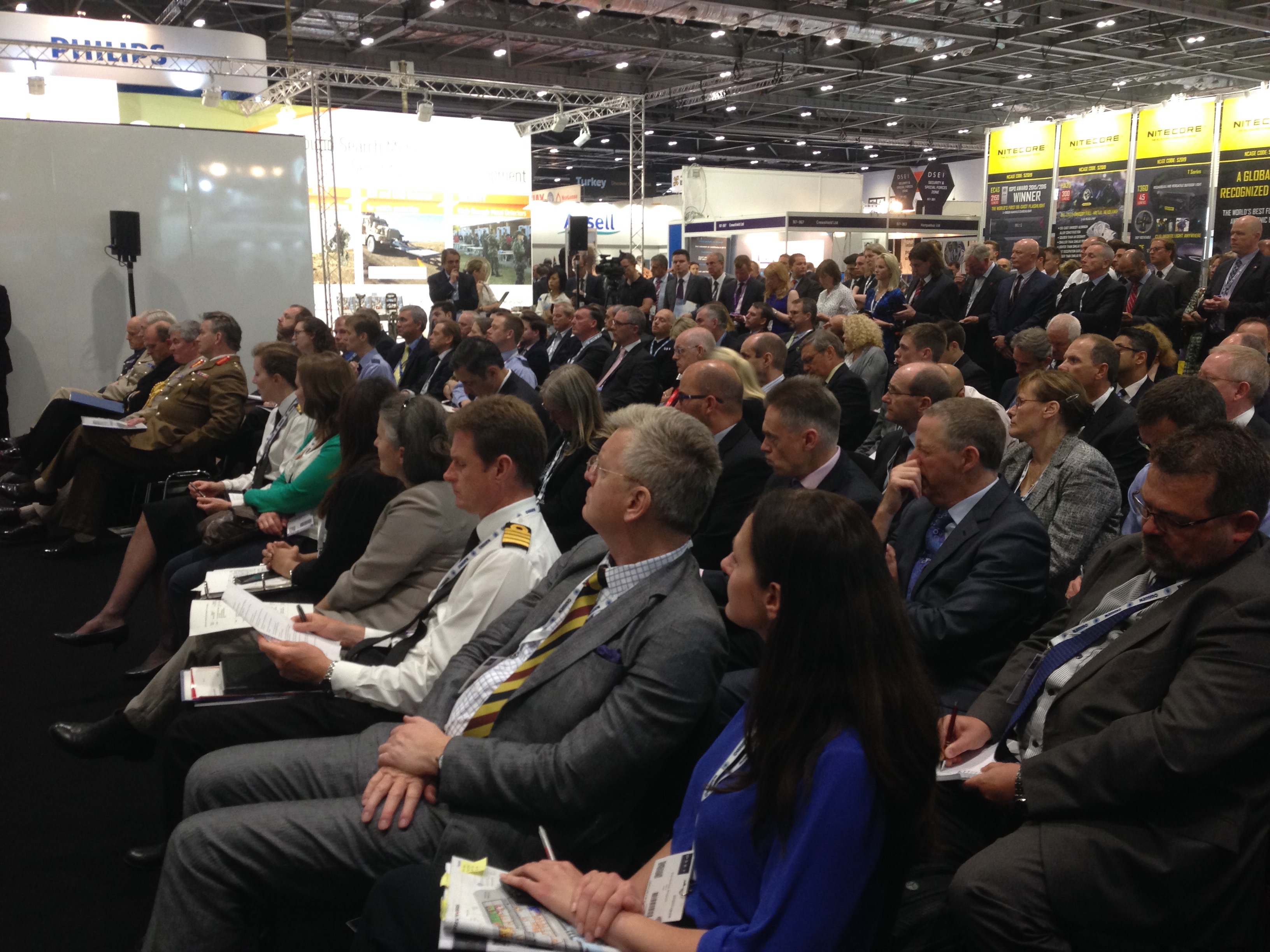 This is the fundamental issue posed by the BREXIT Referendum: can we truly re-form the way we govern ourselves, in ways we have done before over the past three centuries, and deepen our democratic system of governance to include more active citizen participation, all whilst widening it by allowing us to work together with our fellow European citizens to resolve problems we can only resolve together? Or will we allow Team Cameron’s Counter-Revolution to cloak itself in a false mantle of democracy and claim it “is fighting for Britain” when in fact it is only fighting for itself and its City gang of financiers to ensure all power that matters remains concentrated in their hands, in London, for ever?

Stronger United takes the notion of active citizen participation and deliberative democracy seriously. We put the individual citizen - each and every one of us – at the heart of our system of governance, on a daily basis, and not at its fringes, once every five years. This is the fundamental divide between Stronger United on the one hand, and both current “Stay” and “Leave” camps on the other. We see the BREXIT Referendum as the starting point for resolving the crisis of governance Britain faces today – and in doing so, we aim to step in the tracks of many illustrious British reformers who have accomplished such arduous tasks each time they were required, over the past three centuries. Both the “Leave” and Team Cameron-led “Stay” camps see the BREXIT vote as an end-point – the end of reform, the death of change, the continuation of a system that has become outdated, unaccountable, undemocratic the 21st Century, where all power that matters remains concentrated in their hands and those of the London élites who aid and abet them, and profit mightily from their support.

By aiming to break this monopoly of power hugely concentrated in the hands of Team Cameron and his acolytes, Stronger United aims to empower us all to create a new structure of governance for the UK and for Europe that breaks the monopoly of power of the London élites, now incapable of resolving the challenges we face in an effective, accountable, and legitimate manner. Its ultimate goal is to allow actual citizens to fully exercise their abilities to actively discuss, debate, decide and implement real solutions to urgent problems at the level of governance where this can be best achieved – be it community, city, national, UK, European or Euro-Atlantic levels of decision-making, and based on fundamental principles of absolute inclusion, deep diversity, and the power of the best argument: in short to fully engage in ParticipActive Citizenship as a daily way of life, rather than just in voting as a periodic event “granted” to most of us by our governing élites just twice a decade.

Now however, the challenge is much greater. It requires us to do two things that seem incompatible: Strengthen our old Union all whilst building new one – this time Europe-wide – and in a very different way from the model we used three centuries ago for the United Kingdom. The central challenge we need to come to terms with - the realization that, once internalized, will put this entire crisis in perspective, lies in the notion that different problems must be solved democratically, through active citizen participation, at different levels of governance. Some problems must indeed be addressed at the level of the United Kingdom; some, however, must be solved by our constituent nations –it’s what we call “devolution” and gave rise to the new Scottish Parliament, Welsh Assembly, Northern Ireland Assembly. It is an unfinished project because of the significant imbalance between the populations Scotland, Wales, and Northern Ireland on one hand, and that of England on the other, to which there is no easy, “federal” solution on the Canadian, Australian, or even German model. It is also unfinished for two other reasons.

First, devolution must not end with Edinburgh, Cardiff, and Belfast, but must be pursued in depth, to the cities, localities and communities where we, as citizens, can actively participate in decision-making processes solving the problems we care about and that affect us most; and it must also be pursued in width, by ensuring that challenges that can only be solved at the European, or even Euro-Atlantic level, can be addressed there and resolved in an effective, efficient, accountable, and legitimate manner.

Second, and just as importantly, each of these levels of government must be based on active citizen involvement and participation – and not simply on the autocratic decisions of national leaders elected every five years, who then claim for themselves the “democratic mandate” to decide in our name every type of problem, from the quality of water we drink on a daily basis to whether our Air Force should bomb Syria and Iraq to “defeat ISIS”. Today, the old model of democracy we have developed since the seventeenth century concentrates all power and legitimacy in London and the Westminster Parliament. Devolution has tinkered at the edges of this model, but did not change it fundamentally.

The reasons why so many members of all colours and hues of the political London élite are so viscerally opposed to the European Project is precisely because it threatens to transform this very model they have been born into and within which they have build their careers and power bases. It threatens to break up the vital link between power and democracy that Westminster claims to alone truly possesses and to spread it around - both downwards to our constituent nations, cities, communities and upwards to the European Union and the Euro-Atlantic sphere. This will empower us, as citizens, to have a direct say in the decisions taken at each level, unmediated by the London élites that have wielded this concentrated power for so long, limited only by votes held every few years in accordance with voting rules designed for the nineteenth century and with participation rates rarely exceeding 60 per cent.

What unites both the “Stay” and “Leave” campaigns is this backward-looking desire to keep things as they are – keep power concentrated in Westminster, in their own hands and that of their City friends and wealthy donors, at the expense of he vast majority of their fellow citizens – at our expense. David Cameron wants to ensure that European decisions are made by him and his buddies, behind closed doors, as a result of bargains where they hold all the chips and only let us the voters “in” when they reach a “deal”, in all-or-nothing votes whose wording is chosen by him, to suit his aims and purposes – exactly like he is now attempting to do with this BREXIT Referendum.

The principles of majority voting, of direct effect of European law, of shared Europe-wide human rights charters, of equality of all European citizens under British law, and of direct elections to an empowered and responsible European Parliament are anathema to Team Cameron just as much as to the Tory Eurosceptics and to the UKIP and BNP parties. Just voting “Stay” or “Leave” thus resolves little from this perspective, as Cameron will use even a win for the “Stay” side to claim a democratic mandate for reinforcing the powers of the London élite – his clique – against the demands of wider citizen participation in decision-making processes both at local levels of governance, within the UK, and at higher ones, at EU and Euro-Atlantic levels.